In compliance withVishakha guidelines (1997) in the aftermath of various incidents of sexual harassment, Santiniketan Medical College has constituted a Committee against Sexual Harassment in 2021 which will be for both employees and students of the Institute.

For this purpose, sexual harassment includes such unwelcome sexually determined behaviour (whether directly or by implication) as:


It is discriminatory for instance when the woman has reasonable grounds to believe that her objection would disadvantage her in connection with her employment or work including recruiting or promotion or when it creates a hostile work environment. Adverse consequences might be visited if the victim does not consent to the conduct in question or raises any objectionthereto.

The objectives of the Committee will be as follows:

The Committee consists of members of the faculty, legal expert, service staff and students’ representatives.
The members of the committee for the current academic year are:


• Physical contact and advances
• Demand or request for sexual favours
• Sexually colored remarks
• Showing pornography
• Other unwelcome physical, verbal or non-verbal conduct of a sexual nature (Vishaka judgment by Supreme Court)
• To recommend appropriate punitive action against the guilty
The following are also considered as sexual harassment and is covered by the committee:
• Eve-teasing
• Unsavory remarks
• Jokes causing or likely to cause awkwardness or embarrassment
• Innuendos and taunts
• Gender based insults or sexist remarks
• Unwelcome sexual overtone in any manner such as over telephone (obnoxious telephone calls) and the like
• Touching or brushing against any part of the body and the like
• Displaying pornographic or other offensive or derogatory pictures, cartoons, pamphlets or sayings
• Forcible physical touch or
• Physical confinement against one's will and any other act likely to violate one's privacy 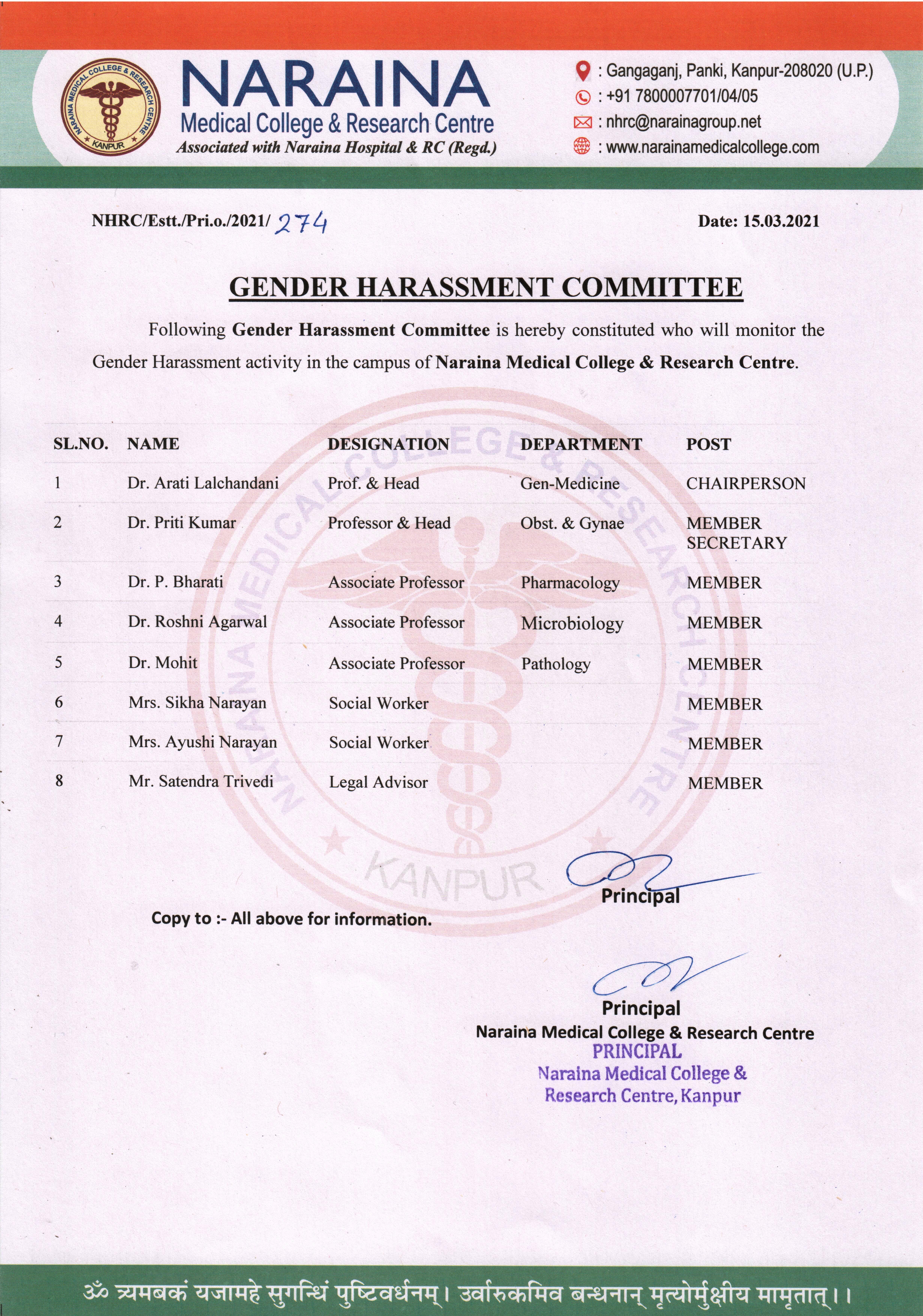